New Additions To The Race Cards

We have made some additions to the race cards after a number of requests were made to add a little more info to what you actually see right away, although most of this new info has always been available on the quick view pop up boxes too.

Firstly we have added four new columns that show whether a horse has gone up or down in class since it last race and if the horse has gone up in the weights, (OR = Official Rating), since its last race, or been dropped a few pounds.

We have also added C and D columns so that you can also see how many times, if any, a horse has won at today's course and over today's distance.

If a horse has not won at the course or distance, or it has not been raised or dropped in class or in the weights, the space is just left blank.

2. Form guide reveal for each runner.

Secondly, there is now the ability to view the last ten form lines for each horse by clicking the little arrow to the left of the race card number. These are now shown to the right of the BSP on the form guide and will be underlined if the horse traded at 50% or more of the BSP in running.

If you are interested in trading in running, this info along with the run style figure, which shows whether a horse is likely to lead or be held up, be helpful in finding good horses to trade.

As before on the full form guide, all winning form lines are highlighted in yellow.

So for a quick look at the most recent form for each horse in a simple to read format, just click the little arrow by each runner, then click again to close.

4. Link directly to past races

When you open the form guide, either from the new drop down arrow as shown above, or by using the link below each race card, if you now click any of the dates on the far left, the race result for that race will open in a new window.

This means you can quickly look back at a race card along with the result.

These results are a copy of the race card as it was when first posted on the day in question, along with all pop up box information. However, the finishing positions have been added, along with the SP and BSP and the cards are sorted by the winner at the top, working down the horse that finished last.

There are some more additions we will be making in the near future too.

If you are a member of Inform Racing you can ​take a look at these additions to the race cards right now.

Horse Profiling – Find The Preferred Race Conditions For Every Horse

"I would like to add I have been using your systems daily plus my own and been in profit since I started which is good. Never had so many winners, a few at very high prices-thanks."

"I'm very selective now adays as to which systems i plan to invest my money in and your system is definitely one of them."

Hi Ian, I would just like to express my appreciation for your new betting tissue tool. You have done something no one else has and so must be applauded for it. Once again many thanks.

"Just wanted to wish you and yours a hopefully happier new year. Thank you for simply the best ratings I have ever used and all the work you put in to make it happen." 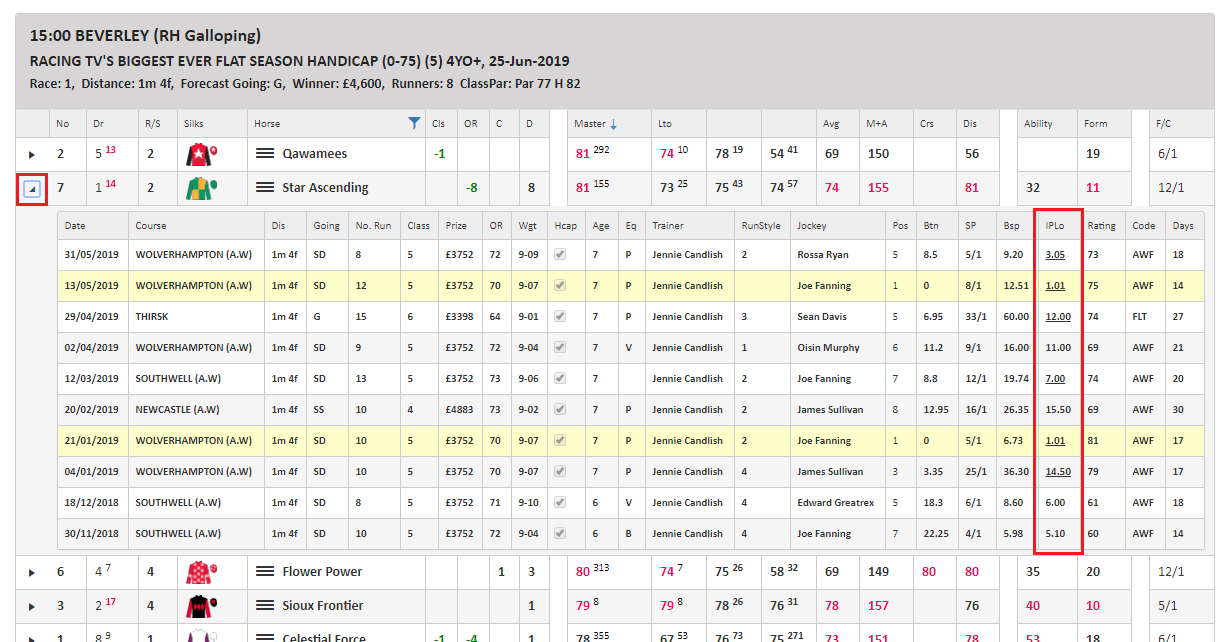