"I am most impressed by the simple & concise layout of your race cards, it is the best I have seen, also from a point of ease of use. I think your speed ratings are far superior to that of the Geegeez gold service, which uses algorithms for the speed ratings and not particularly accurate, but your manually analysed ones are a good deal more accurate."

"Even the most experienced traders, backers and layers cannot have too much good information to assist when forming their selections. Having been involved in betting and exchanges for over 20 years I've used numerous resources for this and I can say that Inform Racing and Ian are at the pinnacle of these resources. The system builder and declarations builder are the single best tools available to anyone that is serious about systematized rather than adhoc betting and trading. Inform Racing is fully recommended." 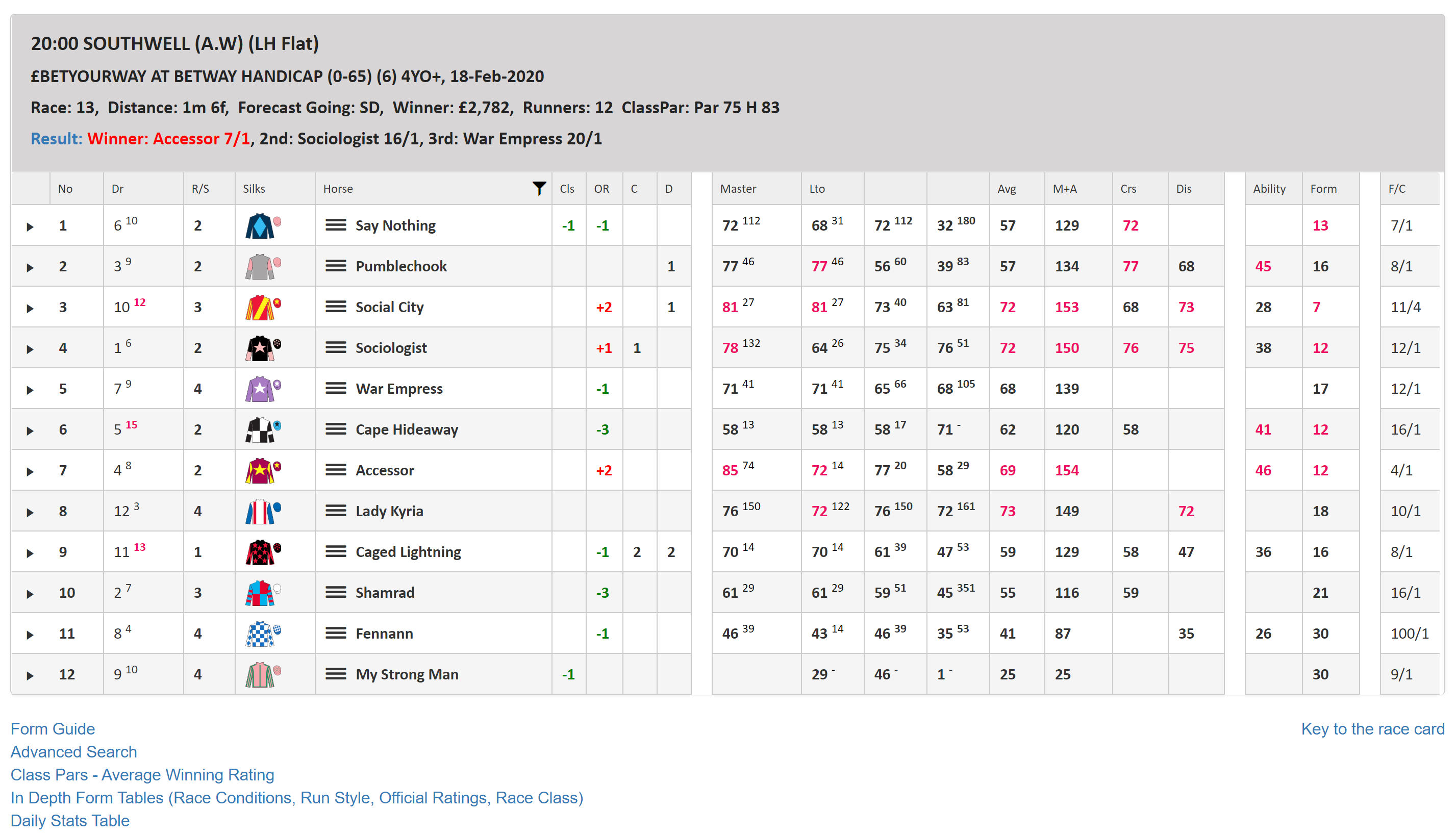